Digging Into Demo Day: The Magic of Automated Testing

Movies about the future have a lot to answer for.

We were promised holodecks and robot assistants, but it’s 2022 and I haven’t seen even one car take off successfully.

Here at Guestlogix, we all wish our process could be a little more like George Jetson’s: sit at our desks, press the “start” button, let RUDI the atomic supercomputer automate everything, and then jet home six hours early in our flying cars (that part still stings…). 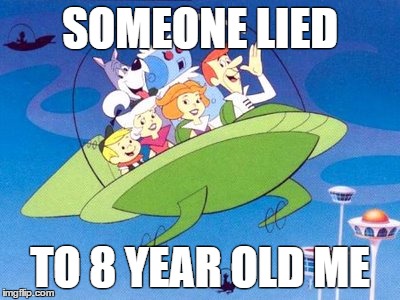 Well, as it turns out, the future is here! Or, at least, it’s here for Renato Silva, Automation Engineer at Guestlogix. During our latest Demo Day, Renato showed off his work on automated testing, and, well… we think it’s magic — for our dev team and for our customers.

At Guestlogix, Demo Day is for everyone

One of the most exciting things about working at Guestlogix is that there’s always something new going on. In part, that’s because we work in sprints, letting us ship new features to customers more quickly.

At the end of every sprint, we get Demo Day: an opportunity for the whole company to come together, share and celebrate our teammates’ accomplishments, and chow down on whatever we’ve ordered with our UberEats credits. It’s a highlight.

And it’s not just the developers, either: our whole company stops to share in Demo Day, from designers to accounting to customer success.

In other words, Demo Days are the bridge connecting one unified, company-wide sprint to the next.

They’re our opportunity to celebrate our work and get feedback on what we’ve accomplished. They spark conversation and the opportunity for employees across teams to think about how their work impacts — and is impacted by — work across the company.

Automated testing means we can be fast (maybe even faster than flying cars...?)

With the future of air travel growing sunnier, we’re particularly excited about ramping up automated testing on our platform. The impact for our airline partners is huge, and…

Every element of Guestlogix’s Digital Concierge is carefully tested, and until now, that process has largely been a manual one. No shade for manual testing here: it offers fast and accurate visual feedback and gives the testing engineer total control over every action.

But manual testing is… well, manual. It doesn’t scale well because it requires analysts and QA engineers to manage everything from creating test cases to actually executing the tests. That means for each scenario, a testing engineer needs to describe several scenarios and edge cases, prepare a dataset and scenario, and then trigger the right actions to test the scenario — all without tools or scripts.

As the travel industry sees green shoots (the TSA reported that Thanksgiving travel was up to 88% of 2019 levels!), our airline partners are eager to accelerate the onboarding process. And that means increasing demand to get our product into the hands of our customers faster than ever before.

Automated testing is part of the solution

With automated testing — as the name suggests — everything we’ve been accomplishing through manual testing (and more!) is automated. While it’s more expensive to set up, it’s reliable: automated testing always returns the same result (reproducible) and it isn’t subject to human error.

To hammer home how fast automated testing really is, Renato demoed the script for us, explaining, “this one goes through the entire process of buying an item in 15 seconds. And every 15 seconds, the test repeats.”

We watched as the script bought 17 bags of chips from an inflight menu while Renato explained: “The bigger the codebase gets, the more complex and time consuming it gets to test it. Because most features are related to one another in some way, it becomes exponentially more difficult to cover every test scenario.”

...Wish I could eat that many chips.

But it’s not all sunshine and rainbows!

Automated testing is expensive to set up, requiring time-consuming coding and test maintenance. But once it’s in place, it’s the equivalent of many people testing the same feature.

Our customers are the real winners

While our engineering team is thrilled about automated testing, it’s our airline partners who are the real winners here.

When a problem is caught in the production environment, we move fast: one — or often many! — developers drop everything they’re doing and rush onto the scene. But there’s no such thing as “fast enough” when it comes to repairing problems that are already in production.

The goal is 100% reliability, and while not even the biggest providers can promise perfect reliability all the time (lookin’ at you, AWS), automated testing brings us a huge leap closer.

Renato himself said it best: 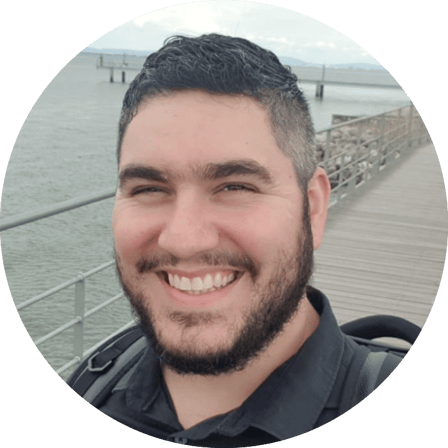 “This is the magic of it — it’s fast. And if the test fails, it automatically blocks the code responsible for it from getting into production until the problem is fixed. So now, this feature is never going to fail again.” –Renato Silva

That’s right: once automated testing is implemented, that feature will never break again. And that means a reliable product that you can actually count on.

It’s one of those things that we love being able to offer to our customers. Unlike internally built or point solutions, the Guestlogix platform is quick to implement, anticipates traveler needs through all phases of their trip, and now more than ever, it’s reliable. Automated testing’s high setup cost means it’s not a viable solution for most in-house products, but the impact is undeniably major. Bringing that kind of value is one of those things that makes us smile. One more reason to count on the Guestlogix solution.

And there you have it: we’re all one step closer to super cool flying cars.

How the Digital Concierge Transformed How I Travel — Forever