When I was younger, I used to travel to Michigan every summer to visit family. Since we always flew into Grand Rapids, we were never able to get a direct flight from Boston and I quickly racked up a long list of airport layovers. Detroit and O’Hare were the most common stops, but some stranger tails would take us down to Newark or even Philadelphia.

The point is, I quickly learned which airports had the best places to eat and which airports would have me running from concourse to concourse trying to make my flight (O’Hare, I’m looking at you). The design of airports played a large part into whether or not I enjoyed my layover or dreaded it.

When designing airports, there are so many different factors that must be considered. Most importantly, passengers need to be able to get where they’re going in a reasonable amount of time. This includes not only getting from terminal to terminal but also the accessibility of the airport itself. From there, other elements are added into an airport like aesthetic design, comfort, and amenities. Considering how all these elements need to work together seamlessly without disrupting the flow of travel, it’s no wonder that building out a new terminal can take decades to complete.

Since an airport is the literal gateway to a flight, it is incredibly important for airlines to partner with locations that their passengers enjoy. If a passenger is stressed out before they even step on a flight, they’re less likely to enjoy their time in the sky once they’re strapped into a small seat and have to stay put for hours at a time.

J.D. Power recently released their 2017 North America Airport Satisfaction Survey which ranks major airports on a 1000-point scale. The survey is broken down into 3 categories of airports: mega, large, and medium. Let’s take a look at the top airports to see what sticks out in the minds of passengers: 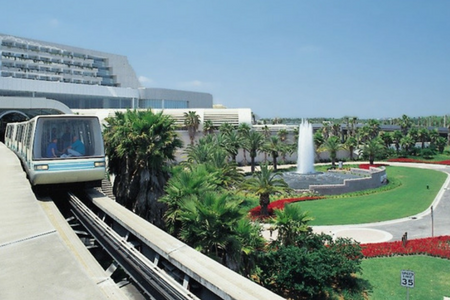 Orlando International Airport is a bit outdated compared to other airports on this list, but it still ranks quite high in the survey pulling in 778 points. Passengers enjoy the simple flow of the airport, especially the tram that carries passengers between the terminals and baggage claim. Could the fact that a large percentage of the people flying into MCO are arriving on vacation play into the favorable score? Potentially, but with an upcoming terminal redesign planned to take place over the next 25 years, Orlando is sure to keep its spot at the top of the list for years to come. 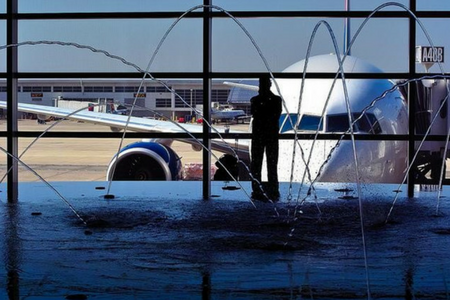 There are many elements of Detroit Metropolitan Airport’s design that are in place to alleviate the stress of the traveler. According to Arch Daily, “To mitigate the stress of passing through security, [the architect] designed the TSA screening checkpoints as gateways featuring warm finishes such as wood grain and carpet. To further the intimate nature of these thresholds, ceiling heights are low, and the overall effect is one of a gateway rather than a checkpoint.” After passengers make their way calmly (and relatively quickly) through security, they are greeted by art & water fixtures, a train to move them quickly through the airport, and a psychedelic tunnel that helps you get your zen on from point a to point b. 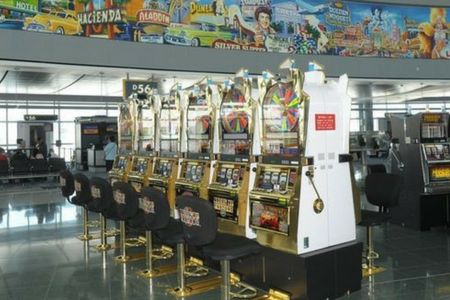 McCarran International Airport is similar to Orlando in that many passengers are arriving happy to start their vacations. The airport is designed to ensure that visitors REALLY know where they are when they step out of the gate as the first thing you’re greeted with are slot machines. Gambling aside, passengers enjoy the airport for its spacious design that ensures that peak travel times don’t cause congestion in the newly designed Terminal 3 built in 2012. The airport plans on future expansions so time will tell if the addition of new gates will bring unwanted foot traffic or make the airport an even better destination. 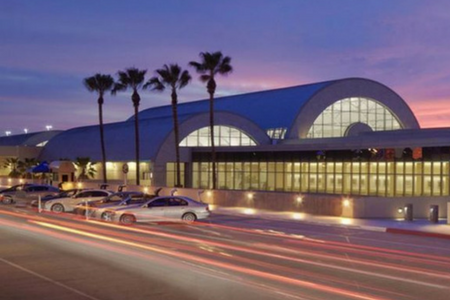 John Wayne Airport provides passengers with a less hectic option compared to the chaos some report at LAX. Some of the most common praises for the airport are its clean design, ease of access, and short wait times. It’s clear that John Wayne was designed with the flow of the passenger in mind with even baggage claim and curbside pickup organized in an intuitive manner.

Tampa International Airport has a history of being well designed for the passenger. In the 1960s when new airports were popping up left and right, they tended to skew more towards the needs of airlines. However, Tampa’s airport director at the time wanted to ensure that the Tampa airport was “customer-focused”. Since then, new upgrades and additions to Tampa have followed the original vision, ensuring that passengers are the number one focus. Even through consistent construction, passengers have commented on the ease of navigation through the airport. 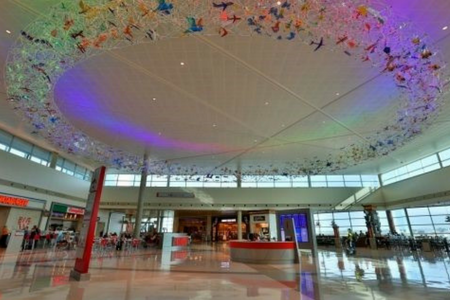 any of the rave reviews for Love Field focus on the large number of different food options. With just one terminal, the airport is easy to navigate and makes congestion a non-issue. Up until 2014, The Wright Amendment limited nonstop flights from Love Field to airports in Texas and nearby states, but since the expiration of the law, the number of nonstop flights to new locations has expanded making the airport a more appealing choice for travelers. 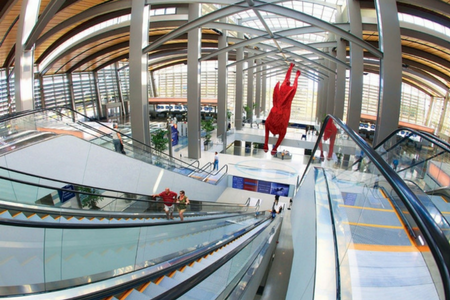 When the Sacramento International Airport was redesigned in 2011, it not only became more energy efficient and visually striking, but also much easier for travelers to navigate. This medium-sized airport received the highest ranking out of all airports in J.D. Power’s satisfaction study and for good reason. One Yelp reviewer gave a 12-point list as to why the airport deserved his 5-star rating, citing accessibility, tech-friendly areas, public art, and even a “whisper dome” as some of his reasons. 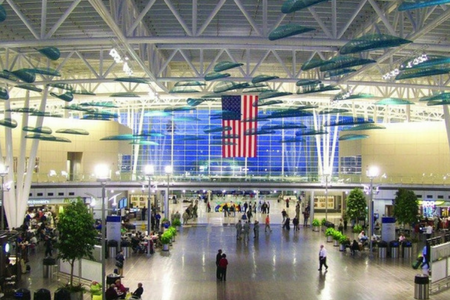 After Indianapolis International Airport’s newly designed terminal opened in 2008, it quickly rose to become one of the best airports in North America. In a review of the airport, Bonnie Tsui of City Lab commented that “Customers routinely comment on the terminal's calm feel, and on its efficiency and easy navigation.” Airports have become a place where passengers are spending more and more time due to increased wait times and time allotted for security clearance so architects are more cognizant of creating a relaxing vibe in terminals as to not add to any more stress to a traveler’s day. 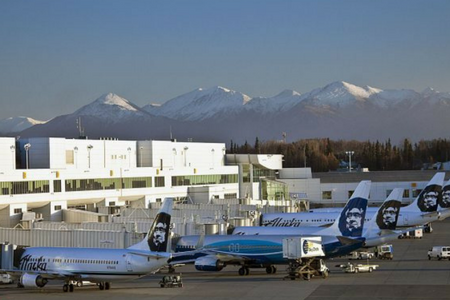 The Ted Stevens Anchorage International Airport did a major renovation of its A and B concourses in 2009, following concourse C’s 2004 renovation. Architects and design consultants “focused on programming, rightsizing and making sure all elements of the reinvented structure worked together.” Part of the design ensured that passengers could easily travel between concourses without having to pass through screening to allow for easier access to shopping and restaurants.

Do you have a favorite airport that isn't on this list? Let us know on Twitter: @Guestlogix!

Round Trip: Your Industry Insights for October 2–6